Book suggestions for The Umbrella Academy 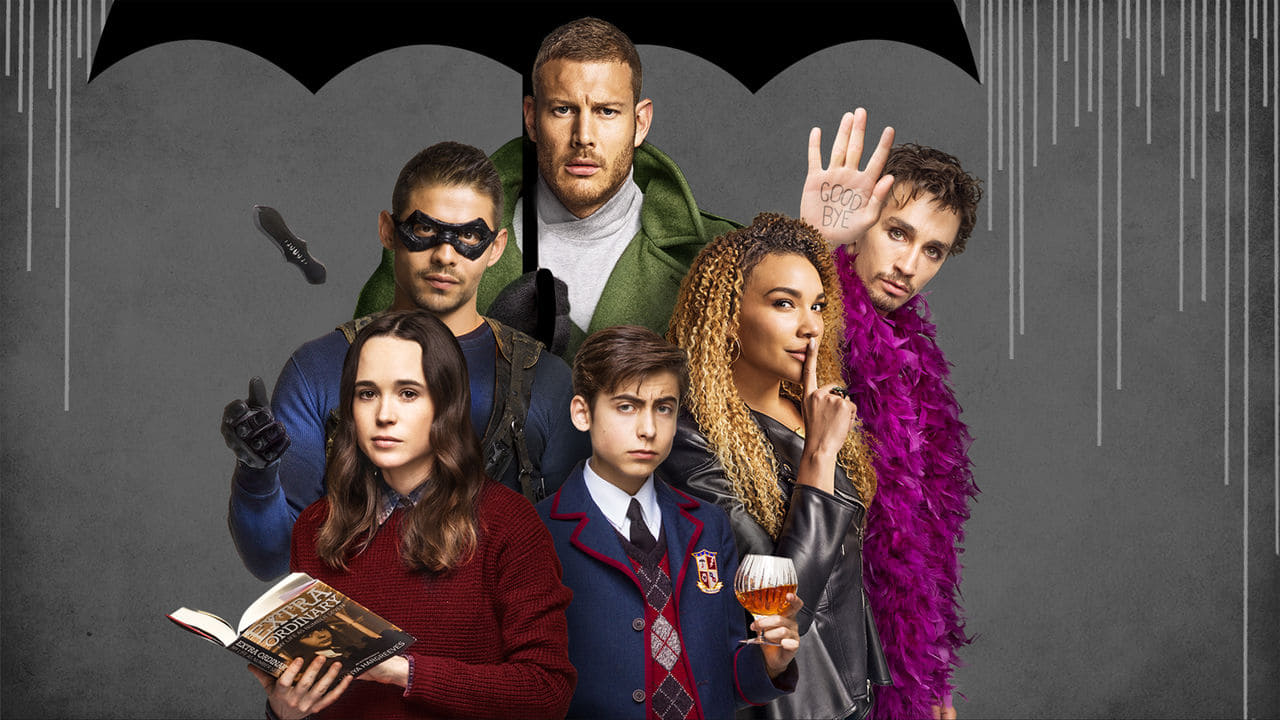 As six superheroes unite to attend their adopted father's funeral, they must deal with their individual problems and team up to save the world from different foes.

Aloysious and Lillian Binewski, proprietors of a traveling carnival, attempt to reduce overhead by breeding their own freak show, with tragic results

A generations-spanning family of psychics--both blessed and burdened by their abilities--must use their powers to save themselves from the CIA, the local mafia and a skeptic hell-bent on discrediting them in this hilarious, tender, magical novel about the invisible forces that bind us. The Telemachus family is known for performing inexplicable feats on talk shows and late-night television. Teddy, a master con-man, heads up a clan who possess gifts he only fakes: there's Maureen, who can astral-project; Irene, the Human Lie Detector; Frankie, gifted with telekinesis; and Buddy, the clairvoyant. But when, one night, the magic fails to materialize, the family withdraws to Chicago where they live in shame for years. Until: as they find themselves facing a troika of threats (CIA, Mafia, an unrelenting skeptic), Matty, grandson of the family patriarch, discovers a bit of the old Telemachus magic in himself. Now, they must put past obstacles behind them and unite like never before. But will it be enough to bring The Amazing Telemachus Family back to its amazing life?

The True Lives of the Fabulous Killjoys

Over a decade ago a team of revolutionaries called the Killjoys lost their lives while saving a mysterious young girl from the tyrannical megacorporation Better Living Industries. Today, the Killjoys live on in memory, if not belief, as BLI widens its reach and freedom fades. The Girl, now grown, reemerges and is put in the spotlight as a savior, a role she knows nothing about. But with the new revolution hell bent on body counts, the Girl must look within herself to put an end to BLI once and for all

If you knew the date of your death, how would you live your life? It's 1969 in New York City's Lower East Side, and word has spread of the arrival of a mystical woman, a traveling psychic who claims to be able to tell anyone the day they will die. The Gold children—four adolescents on the cusp of self-awareness—sneak out to hear their fortunes. The prophecies inform their next five decades. Golden-boy Simon escapes to the West Coast, searching for love in '80s San Francisco; dreamy Klara becomes a Las Vegas magician, obsessed with blurring reality and fantasy; eldest son Daniel seeks security as an army doctor post-9/11; and bookish Varya throws herself into longevity research, where she tests the boundary between science and immortality. A sweeping novel of remarkable ambition and depth, The Immortalists probes the line between destiny and choice, reality and illusion, this world and the next. It is a deeply moving testament to the power of story, the nature of belief, and the unrelenting pull of familial bonds.

She wants vengeance. He wants justice. The Renegades are a syndicate of prodigies—humans with extraordinary abilities—who emerged from the ruins of a crumbled society and established peace and order where chaos reigned. As champions of justice, they remain a symbol of hope and courage to everyone...except the villains they once overthrew. Nova has a reason to hate the Renegades, and she is on a mission for vengeance. As she gets closer to her target, she meets Adrian, a Renegade boy who believes in justice—and in Nova. But Nova's allegiance is to the villains who have the power to end them both.

A.V. Club Quentin Coldwater is brilliant but miserable. A high school math genius, he’s secretly fascinated with a series of children’s fantasy novels set in a magical land called Fillory, and real life is disappointing by comparison. When Quentin is unexpectedly admitted to an elite, secret college of magic, it looks like his wildest dreams have come true. But his newfound powers lead him down a rabbit hole of hedonism and disillusionment, and ultimately to the dark secret behind the story of Fillory. The land of his childhood fantasies turns out to be much darker and more dangerous than he ever could have imagined. . . . The prequel to the New York Times bestselling book The Magician King and the #1 bestseller The Magician's Land, The Magicians is one of the most daring and inventive works of literary fantasy in years. No one who has escaped into the worlds of Narnia and Harry Potter should miss this breathtaking return to the landscape of the imagination.