Book suggestions for The Two Popes 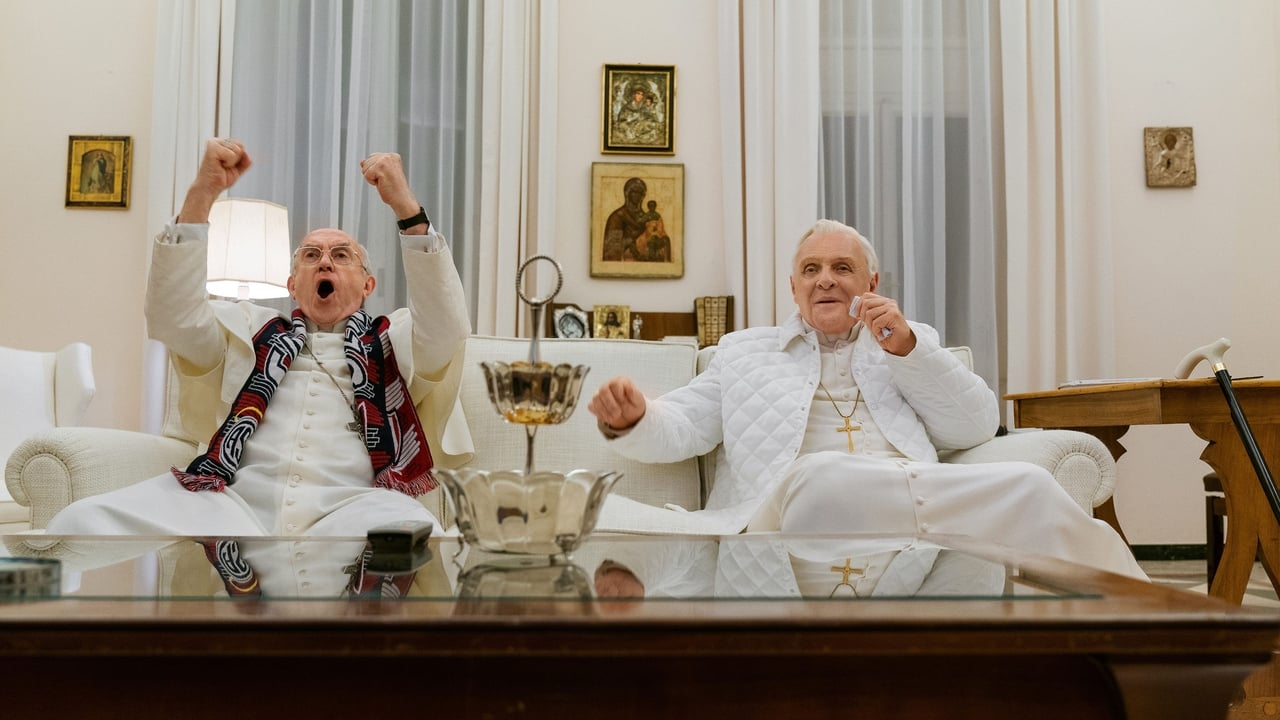 The Name of God Is Mercy

In his first book published as Pope, and in conjunction with the Extraordinary Jubilee of Mercy, Pope Francis here invites all humanity to an intimate and personal dialogue on the subject closest to his heart—mercy—which has long been the cornerstone of his faith and is now the central teaching of his papacy. In this conversation with Vatican reporter Andrea Tornielli, Francis explains—through memories from his youth and moving anecdotes from his experiences as a pastor—why “mercy is the first attribute of God.” God “does not want anyone to be lost. His mercy is infinitely greater than our sins,” he writes. As well, the Church cannot close the door on anyone, Francis asserts—on the contrary, its duty is to go out into the world to find its way into the consciousness of people so that they can assume responsibility for, and move away from, the bad things they have done. The first Jesuit and the first South American to be elected Bishop of Rome, Pope Francis has traveled around the world spreading God’s message of mercy to the largest crowds in papal history. Clear and profound, The Name of God Is Mercy resonates with this desire to reach all those who are looking for meaning in life, a road to peace and reconciliation, and the healing of physical and spiritual wounds. It is being published in more than eighty countries around the world. “The name of God is mercy. There are no situations we cannot get out of, we are not condemned to sink into quicksand.”—Pope Francis Praise for The Name of God Is Mercy “Francis speaks succinctly—and with refreshing forthrightness. . . . He emphasizes moral sincerity over dogma, an understanding of the complexities of the world and individual experience over rigid doctrine. . . . The pope has an easy conversational style that moves effortlessly between folksy sayings and erudite allusions, between common-sense logic and impassioned philosophical insights.”—Michiko Kakutani, The New York Times “What makes his book most moving is the way in which this man, without disrespecting his own privacy or offering false bromides of modesty, opens the sacred space of his conscience to explain how he came to center his ministry, and now his papacy, around mercy.”—James Carroll, The New Yorker “As he has done throughout his papacy, Pope Francis shows in this book a compelling way to present God’s love anew to a skeptical world without denying the ancient teachings of faith. But now he is challenging the entire Church to trek a new way forward.”—Time “Francis enjoys sharing personal stories of God’s grace and mercy in the lives of parishioners from his native Argentina, people he has known and who have recognized themselves as sinners.”—The Washington Post “Powerful . . . Francis’s book signals a plea for a change of attitude on the part of the faithful and their pastors. . . . Bishops and priests will talk and quarrel over the text for months, even years to come. And that, perhaps, is what Francis intends.”—Financial Times “Deepens his calls for a more merciful Catholic Church . . . The question-and-answer book is told in simple, breezy language, with the pope referring to experiences and people in his own life.”—Newsday “Francis has offered his most detailed outline yet for the role of the Catholic church in the modern era.”—National Catholic Reporter Translated by Oonagh Stransky From the Hardcover edition.

The papacy is a unique religious office. Lasting two millennia, it is one of the oldest and most enduring institutions in the world. The line of authority linking Pope Francis to the ministry of Jesus Christ has been unbroken over the centuries. In this book readers find facts and details of all 266 popes, from controversies to triumphs to reforms. A great reference guide for theological students and people of all faiths.

Studies on the Early Papacy

John Chapman, fourth abbot of Downside Abbey, was a renowned scholar of the early Church. Taking up the question of the papacy in the first centuries of Christianity, he eschews selective apologetics in favor of a reasoned study of textual sources in the context of historical events. By these he illustrates the position of the bishop of Rome in the early Church through the prominent and authoritative role taken by or expected of him at pivotal moments of early Christian history. So doing, this volume offers much substance to those who wish to understand better the question of papal prerogatives. Chapman argues in favor of the Catholic claims based on his reading of the history, but does so with such care as a historian that his work has received high approval even from such an eminence as the famed Anglican historian Henry Chadwick who, in his own book on the history of the early Church, saw fit to recommend Chapman's work to readers interested in the question. There have been many successors to Chapman but few, if any, have engaged precisely with the matters that he discusses with such detail and clarity. His book, therefore, remains an important voice in the modern conversation. (Ex Fontibus Co.)

A deeply reported, New York Times bestselling exposé of the money and the clerics-turned-financiers at the heart of the Vatican—the world’s biggest, most powerful religious institution—from an acclaimed journalist with “exhaustive research techniques” (The New York Times). From a master chronicler of legal and financial misconduct, a magnificent investigation nine years in the making, God’s Bankers traces the political intrigue of the Catholic Church in “a meticulous work that cracks wide open the Vatican’s legendary, enabling secrecy” (Kirkus Reviews). Decidedly not about faith, belief in God, or religious doctrine, this book is about the church’s accumulation of wealth and its byzantine financial entanglements across the world. Told through 200 years of prelates, bishops, cardinals, and the Popes who oversee it all, Gerald Posner uncovers an eyebrow-raising account of money and power in one of the world’s most influential organizations. God’s Bankers has it all: a revelatory and astounding saga marked by poisoned business titans, murdered prosecutors, and mysterious deaths written off as suicides; a carnival of characters from Popes and cardinals, financiers and mobsters, kings and prime ministers; and a set of moral and political circumstances that clarify not only the church’s aims and ambitions, but reflect the larger tensions of more recent history. And Posner even looks to the future to surmise if Pope Francis can succeed where all his predecessors failed: to overcome the resistance to change in the Vatican’s Machiavellian inner court and to rein in the excesses of its seemingly uncontrollable financial quagmire. “As exciting as a mystery thriller” (Providence Journal), this book reveals with extraordinary precision how the Vatican has evolved from a foundation of faith to a corporation of extreme wealth and power.

The Godfather, arguably the greatest Mafia crime novel ever written. In The Family, Puzo—whom the Washington Post calls, “A serious American talent”—plunges reader into the colorful tumult of the Italian Renaissance, immersing them in the roiling intrigues and deadly affairs of the remarkable family whose name has always been synonymous with power, corruption, poison, and murder: the infamous Borgias.