Book suggestions for The Twilight Saga 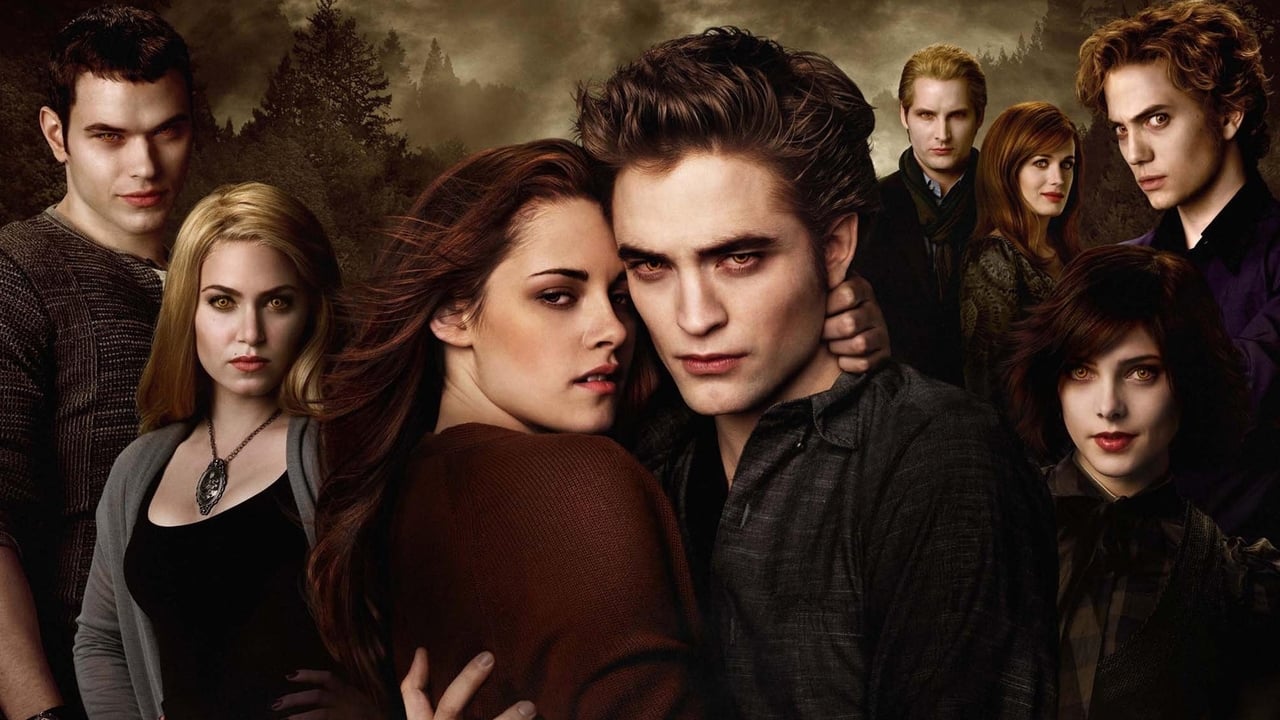 A sacred oath, a fallen angel, a forbidden love... This darkly romantic story features our heroine, Nora Grey, a seemingly normal teenage girl with her own shadowy connection to the Nephilim, and super-alluring bad boy, Patch, now her deskmate in biology class. Together they find themselves at the centre of a centuries-old feud between a fallen angel and a Nephilim… Forced to sit next to Patch in science class, Nora attempts to resist his flirting, though gradually falls for him against her better judgment. Meanwhile creepy things are going on with a mysterious stalker following her car, breaking into her house and attacking her best friend, Vi. Nora suspects Patch, but there are other suspects too - not least a new boy who has transferred from a different college after being wrongly accused of murdering his girlfriend. And he seems to have taken a shine to Nora... Love certainly is dangerous... and someone is going to have to make the ultimate sacrifice for it. The first book in the bestselling Hush, Hush saga by Becca Fitzpatrick, author of Black Ice and Dangerous Lies. Find out what happens to Nora and Patch in Crescendo, Silence and Finale... Praise for Hush, Hush: 'A fast-paced, exhilarating read... bad boy Patch is genuinely, even unsettlingly, seductive - fans of paranormal romance should be rapt. Publisher's Weekly 'Well written, lovingly crafted, with a savvy protagonist with a love interest so quirky and unpredictable it is going to have the reader with their heart in their mouth the whole way.' Falcata Times 'The story is well-paced and I didn't guess what was going on so found myself hooked to discover the truth... I stayed up way past my bedtime to finish it!' The Bookbag 'Hush, Hush is just as amazing as everybody has been saying it is. I completely and utterly loved it.' Solittletimeforbooks.blogspot.com 'It's this layer of suspense and darkness that separates Hush, Hush from many other young adult novels.' Bookgeeks 'A powerful and hypnotic first novel that delights and terrifies with every turn.' Teen Librarian.co.uk

A Discovery of Witches

Book one of the New York Times-bestselling All Souls trilogy—"a wonderfully imaginative grown-up fantasy with all the magic of Harry Potter and Twilight” (People). Now “[a] hot show that’s like Twilight meets Outlander” (Thrillist) airing Sundays on AMC and BBC America, as well as streaming on Sundance Now and Shudder. Deborah Harkness’s sparkling debut, A Discovery of Witches, has brought her into the spotlight and galvanized fans around the world. In this tale of passion and obsession, Diana Bishop, a young scholar and a descendant of witches, discovers a long-lost and enchanted alchemical manuscript, Ashmole 782, deep in Oxford's Bodleian Library. Its reappearance summons a fantastical underworld, which she navigates with her leading man, vampire geneticist Matthew Clairmont. Harkness has created a universe to rival those of Anne Rice, Diana Gabaldon, and Elizabeth Kostova, and she adds a scholar's depth to this riveting tale of magic and suspense. The story continues in book two, Shadow of Night, and concludes with The Book of Life.

Discover the New York Times bestselling Lux series, which RT Book Reviews called “A thrilling ride from start to finish," from the very beginning... Starting over sucks. When we moved to West Virginia right before my senior year, I'd pretty much resigned myself to thick accents, dodgy internet access, and a whole lot of boring...until I spotted my hot neighbor, with his looming height and eerie green eyes. Things were looking up. And then he opened his mouth. Daemon is infuriating. Arrogant. Stab-worthy. We do not get along. At all. But when a stranger attacks me and Daemon literally freezes time with a wave of his hand, well, something...unexpected happens. The hot alien living next door marks me. You heard me. Alien. Turns out Daemon and his sister have a galaxy of enemies wanting to steal their abilities, and Daemon's touch has me lit up like the Vegas Strip. The only way I'm getting out of this alive is by sticking close to Daemon until my alien mojo fades. If I don't kill him first, that is. Read the entire bestselling series! #1: Obsidian (from Katy's point of view) #2: Onyx (from Katy's point of view) #3: Opal (from Katy's point of view) #4: Origin #5: Opposition Oblivion (Books 1-3 from Daemon's point of view) CAN BE READ FIRST OR AFTER KATY'S POV! Prequel: Shadows (Dawson's story)

In her small town, dubbed "Dullsville," sixteen-year-old Raven -- a vampire-crazed goth-girl -- is an outcast. But not for long... The intriguing and rumored-to-be haunted mansion on top of Benson Hill has stood vacant and boarded-up for years. That is, until its mysteriously strange new occupants move in. Who are these creepy people -- especially the handsome, dark, and elusive Alexander Sterling? Or rather, what are they? Could the town prattle actually ring true? Are they vampires? Raven, who secretly covets a vampire kiss, both at the risk of her own mortality and Alexander's loving trust, is dying to uncover the truth. Ellen Schreiber's spooky and stirring romance tells the story of two outsiders who fall in love in a town where conformity reigns, and ends with a shocking surprise.

St. Vladimir’s Academy isn’t just any boarding school—it’s a hidden place where vampires are educated in the ways of magic and half-human teens train to protect them. Rose Hathaway is a Dhampir, a bodyguard for her best friend Lissa, a Moroi Vampire Princess. They’ve been on the run, but now they’re being dragged back to St. Vladimir’s—the very place where they’re most in danger. . . . Rose and Lissa become enmeshed in forbidden romance, the Academy’s ruthless social scene, and unspeakable nighttime rituals. But they must be careful lest the Strigoi—the world’s fiercest and most dangerous vampires—make Lissa one of them forever.

The Vampire Diaries: The Awakening

A deadly love triangle Elena: beautiful and popular, the girl who can have any guy she wants. Stefan: brooding and mysterious, desperately trying to resist his desire for Elena . . . for her own good. Damon: sexy, dangerous, and driven by an urge for revenge against Stefan, the brother who betrayed him. Elena finds herself drawn to both brothers . . . who will she choose?