Book suggestions for The Martian 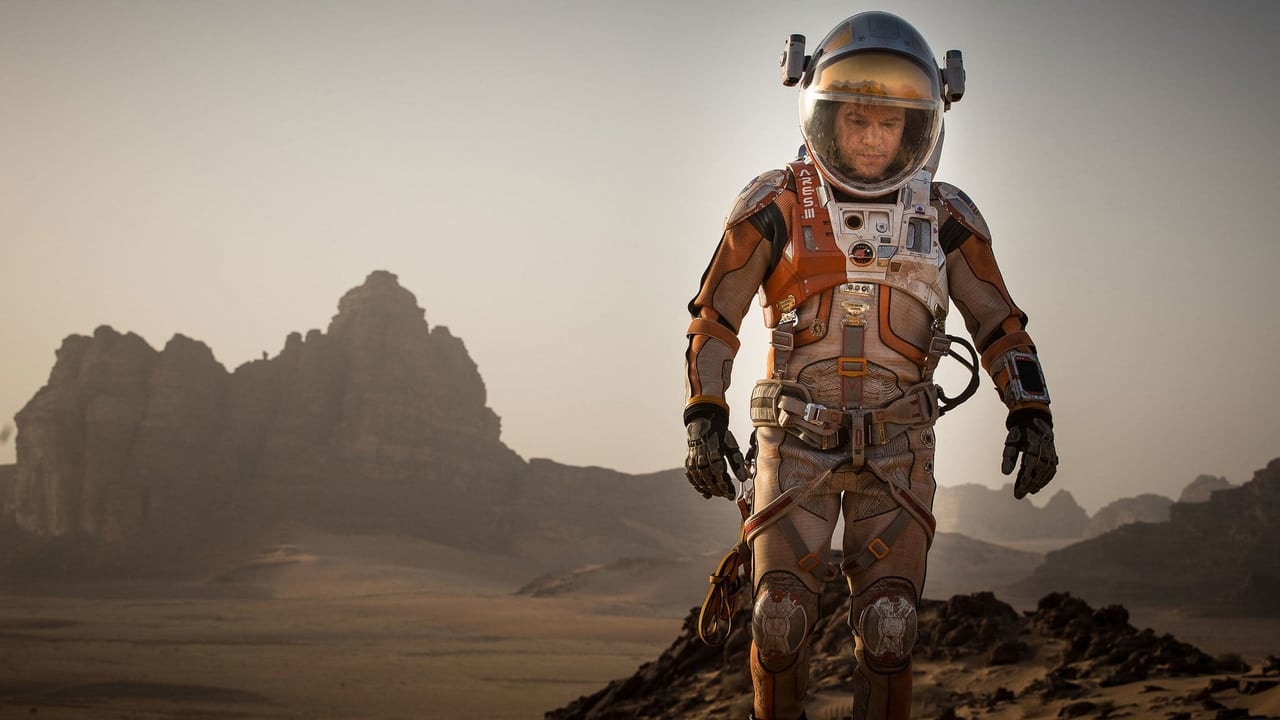 The last girl on Earth...just got company.When Earth's sun turns red giant way ahead of schedule, the planet becomes a scorched wasteland, leaving most people dead. They're the lucky ones. Tora Reynolds is holed up alone in an underground shelter-her brilliant scientist father murdered, her mother and sister burned to death. She dreams of living on a planet with oceans, plants, and animals. Unfortunately, the oceans dried out ages ago, the only plants are giant cacti with deadly spines, and her pet, Trigger, is a gun-one of the bio-energetic weapons her father created for the government before his conscience kicked in. A lucky few escape the disaster by heading for space, but when family friend, Markus, returns to Earth with hired guns who want her father's weapons, Tora discovers her fellow survivors are even deadlier than the hostile environment. Her fury turns to fear when government ships descend in an attempt to kill them all. Tora forges an unlikely alliance with Markus and his rag-tag group of raiders, but must choose between saving herself by giving up the guns or honoring her father's request to save what's left of humanity from the most lethal weapons in existence. A thrilling post-apocalypse sci-fi read.

Evie was born on a new Earth that had no oxygen. When she was only 13 years old, her mother had to step outside of their underground shelter for an errand. She had been missing ever since. But with her mother's careful instructions and training, Evie has been able to survive for the last 5 years. She knows there are dangerous creatures outside of the underground shelter who travel with the wind and feeds on people's fear. They have killed many humans on the surface when they first appeared. Did her mother meet the same demise? Now at 18 years old with the shelter deteriorating and in need of fresh supplies, Evie is about to embark on the same errand and face the deadly creatures above. What will she find and can she survive?

Nominated as one of America’s best-loved novels by PBS’s The Great American Read Six days ago, astronaut Mark Watney became one of the first people to walk on Mars. Now, he's sure he'll be the first person to die there. After a dust storm nearly kills him and forces his crew to evacuate while thinking him dead, Mark finds himself stranded and completely alone with no way to even signal Earth that he’s alive—and even if he could get word out, his supplies would be gone long before a rescue could arrive. Chances are, though, he won't have time to starve to death. The damaged machinery, unforgiving environment, or plain-old "human error" are much more likely to kill him first. But Mark isn't ready to give up yet. Drawing on his ingenuity, his engineering skills—and a relentless, dogged refusal to quit—he steadfastly confronts one seemingly insurmountable obstacle after the next. Will his resourcefulness be enough to overcome the impossible odds against him?

Humanity has colonised the solar system - Mars, the Moon, the Asteroid Belt and beyond - but the stars are still out of our reach. Jim Holden is an officer on an ice miner making runs from the rings of Saturn to the mining stations of the Belt. When he and his crew discover a derelict ship called the Scopuli, they suddenly find themselves in possession of a deadly secret. A secret that someone is willing to kill for, and on an unimaginable scale. War is coming to the system, unless Jim can find out who abandoned the ship and why. Detective Miller is looking for a girl. One girl in a system of billions, but her parents have money - and money talks. When the trail leads him to the Scopuli and Holden, they both realise this girl may hold the key to everything. Holden and Miller must thread the needle between the Earth government, the Outer Planet revolutionaries and secret corporations, and the odds are against them. But out in the Belt, the rules are different, and one small ship can change the fate of the universe. The Expanse series has sold over two million copies worldwide and is now a major television series. The Expanse series: Leviathan Wakes Caliban's War Abaddon's Gate Cibola Burn Nemesis Games Babylon's Ashes Persepolis Rising Praise for the Expanse: 'As close as you'll get to a Hollywood blockbuster in book form' io9.com 'Great characters, excellent dialogue, memorable fights' wired.com 'High adventure equalling the best space opera has to offer, cutting-edge technology and a group of unforgettable characters . . . Perhaps one of the best tales the genre has yet to produce' Library Journal 'This is the future the way it's supposed to be' Wall Street Journal 'Tense and thrilling' SciFiNow

Winner of the Hugo Award for Best Novel • One of the most enthralling science fiction sagas ever written, Kim Stanley Robinson’s epic trilogy concludes with Blue Mars—a triumph of prodigious research and visionary storytelling. The red planet is no more. Now green and verdant, Mars has been dramatically altered from a desolate world into one where humans can flourish. The First Hundred settlers are being pulled into a fierce new struggle between the Reds, a group devoted to preserving Mars in its desert state, and the Green “terraformers.” Meanwhile, Earth is in peril. A great flood threatens an already overcrowded and polluted planet. With Mars the last hope for the human race, the inhabitants of the red planet are heading toward a population explosion—or interplanetary war. Praise for Blue Mars “A breakthrough even from [Robinson’s] own consistently high levels of achievement.”—The New York Times Book Review “Exhilarating . . . a complex and deeply engaging dramatization of humanity’s future.”—The Philadelphia Inquirer “[Blue Mars] brings the epic to a rousing conclusion.”—San Francisco Chronicle