Book suggestions for The Hunger Games 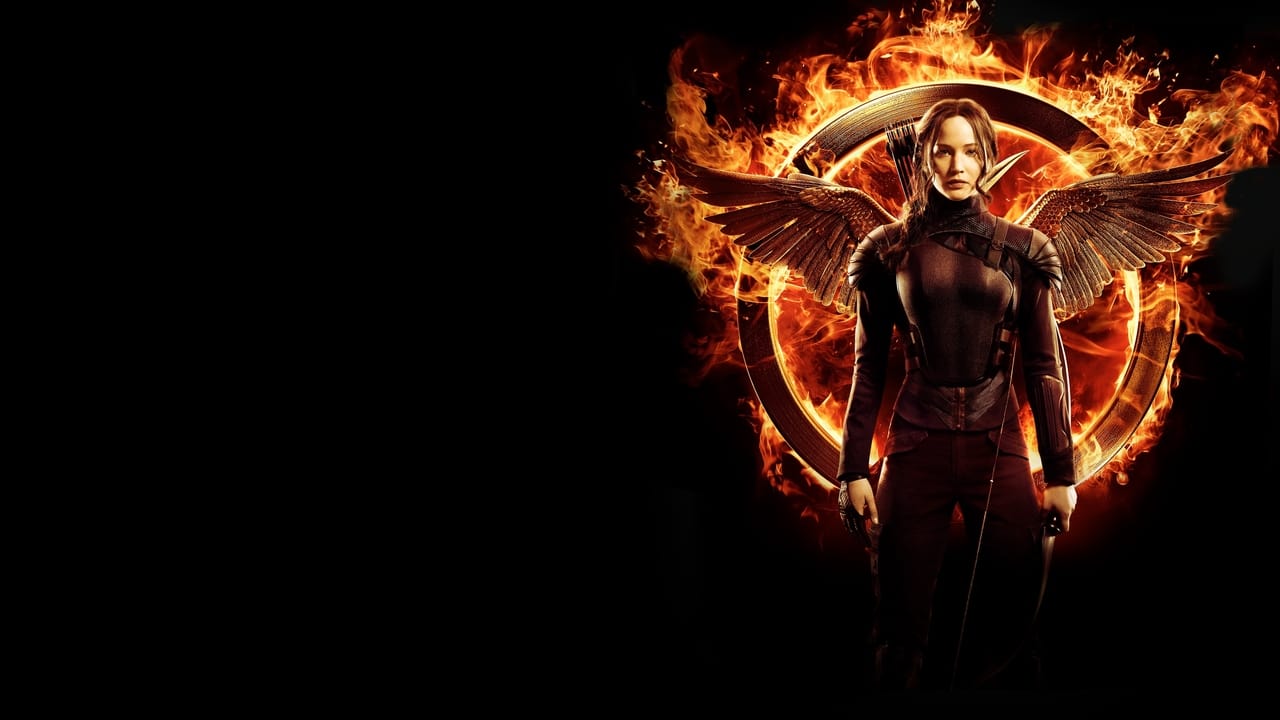 In a future North America, where the rulers of Panem maintain control through an annual televised survival competition pitting young people from each of the twelve districts against one another, sixteen-year-old Katniss's skills are put to the test when she voluntarily takes her younger sister's place.

120 years after a virus decimated Earth's population the survivors thrive in safety, away from the death and destruction of the Outerbounds. But there is a price. Divided into three levels of intellect, citizens focus solely on duty. Emotions are pointless, even dangerous. Due to her advanced intelligence, seventeen-year-old computer genius, Avlyn Lark is separated from her twin brother at birth and raised by adoptive parents. She gains privilege, the ideal future. He dies. Avlyn barely knew him yet he remains bound to her memory. But following a string of rebel intrusions on the city, Avlyn receives a cryptic message. After which, she begins seeing visions of her dead twin, not to mention a strange power she doesn't understand starts to emerge. The mysterious radical who urges Avlyn to join their fight becomes her link to answers -- Back cover.

The first book in the blockbuster phenomenon The Maze Runner series now features chapters from the highly-anticipated series conclusion, The Fever Code, the book that finally reveals the story of how the maze was built! When Thomas wakes up in the lift, the only thing he can remember is his name. He’s surrounded by strangers—boys whose memories are also gone. Outside the towering stone walls that surround them is a limitless, ever-changing maze. It’s the only way out—and no one’s ever made it through alive. Then a girl arrives. The first girl ever. And the message she delivers is terrifying. Remember. Survive. Run. The Maze Runner and Maze Runner: The Scorch Trials are now major motion pictures featuring the star of MTV's Teen Wolf, Dylan O’Brien; Kaya Scodelario; Aml Ameen; Will Poulter; and Thomas Brodie-Sangster. The third movie, Maze Runner: The Death Cure, will hit screens in 2018. Also look for James Dashner’s edge-of-your-seat MORTALITY DOCTRINE series! Praise for the Maze Runner series: A #1 New York Times Bestselling Series A USA Today Bestseller A Kirkus Reviews Best Teen Book of the Year An ALA-YASLA Best Fiction for Young Adults Book An ALA-YALSA Quick Pick "[A] mysterious survival saga that passionate fans describe as a fusion of Lord of the Flies, The Hunger Games, and Lost."—EW.com “Wonderful action writing—fast-paced…but smart and well observed.”—Newsday “[A] nail-biting must-read.”—Seventeen.com “Breathless, cinematic action.”—Publishers Weekly “Heart pounding to the very last moment.”—Kirkus Reviews “Exclamation-worthy.”—Romantic Times “James Dashner’s illuminating prequel [The Kill Order] will thrill fans of this Maze Runner [series] and prove just as exciting for readers new to the series.”—Shelf Awareness, Starred "Take a deep breath before you start any James Dashner book."-Deseret News

The first installment of Scott Westerfeld’s New York Times bestselling and award-winning Uglies series—a global phenomenon that started the dystopian trend. Tally is about to turn sixteen, and she can’t wait. In just a few weeks she’ll have the operation that will turn her from a repellent ugly into a stunningly attractive pretty. And as a pretty, she’ll be catapulted into a high-tech paradise where her only job is to have fun. But Tally’s new friend Shay isn’t sure she wants to become a pretty. When Shay runs away, Tally learns about a whole new side of the pretty world—and it isn’t very pretty. The authorities offer Tally a choice: find her friend and turn her in, or never turn pretty at all. Tally’s choice will change her world forever.

This first book in Veronica Roth's #1 New York Times bestselling Divergent trilogy is the novel the inspired the major motion picture starring Shailene Woodley, Theo James, and Kate Winslet. This dystopian series set in a futuristic Chicago has captured the hearts of millions of teen and adult readers. Perfect for fans of the Hunger Games and Maze Runner series, Divergent and its sequels, Insurgent and Allegiant, are the gripping story of a dystopian world transformed by courage, self-sacrifice, and love. Fans of the Divergent movie will find the book packed with just as much emotional depth and exhilarating action as the film, all told in beautiful, rich language. One choice can transform you. Beatrice Prior's society is divided into five factions—Candor (the honest), Abnegation (the selfless), Dauntless (the brave), Amity (the peaceful), and Erudite (the intelligent). Beatrice must choose between staying with her Abnegation family and transferring factions. Her choice will shock her community and herself. But the newly christened Tris also has a secret, one she's determined to keep hidden, because in this world, what makes you different makes you dangerous. And don't miss The Fates Divide, Veronica Roth's powerful sequel to the bestselling Carve the Mark!

The first book in Lauren Oliver’s New York Times bestselling trilogy about forbidden love, revolution, and the power to choose. In an alternate United States, love has been declared a dangerous disease, and the government forces everyone who reaches eighteen to have a procedure called the Cure. Living with her aunt, uncle, and cousins in Portland, Maine, Lena Haloway is very much looking forward to being cured and living a safe, predictable life. She watched love destroy her mother and isn't about to make the same mistake. But with ninety-five days left until her treatment, Lena meets enigmatic Alex, a boy from the Wilds who lives under the government's radar. What will happen if they do the unthinkable and fall in love?

It’s graduation day for sixteen-year-old Malencia Vale, and the entire Five Lakes Colony (the former Great Lakes) is celebrating. All Cia can think about—hope for—is whether she’ll be chosen for The Testing, a United Commonwealth program that selects the best and brightest new graduates to become possible leaders of the slowly revitalizing post-war civilization. When Cia is chosen, her father finally tells her about his own nightmarish half-memories of The Testing. Armed with his dire warnings (“Cia, trust no one”), she bravely heads off to Tosu City, far away from friends and family, perhaps forever. Danger, romance—and sheer terror—await.

The first in New York Times bestselling author Michael Grant's breathtaking dystopian sci-fi saga, Gone is a page-turning thriller that invokes the classic The Lord of the Flies along with the horror of Stephen King. In the blink of an eye, everyone disappears. Gone. Except for the young. There are teens, but not one single adult. Just as suddenly, there are no phones, no internet, no television. No way to get help. And no way to figure out what's happened. Hunger threatens. Bullies rule. A sinister creature lurks. Animals are mutating. And the teens themselves are changing, developing new talents—unimaginable, dangerous, deadly powers—that grow stronger by the day. It's a terrifying new world. Sides are being chosen, a fight is shaping up. Townies against rich kids. Bullies against the weak. Powerful against powerless. And time is running out: on your birthday, you disappear just like everyone else. . . . Michael Grant's Gone has been praised for its compelling storytelling, multidimensional characters, and multiple points of view.