Book suggestions for The Hate U Give 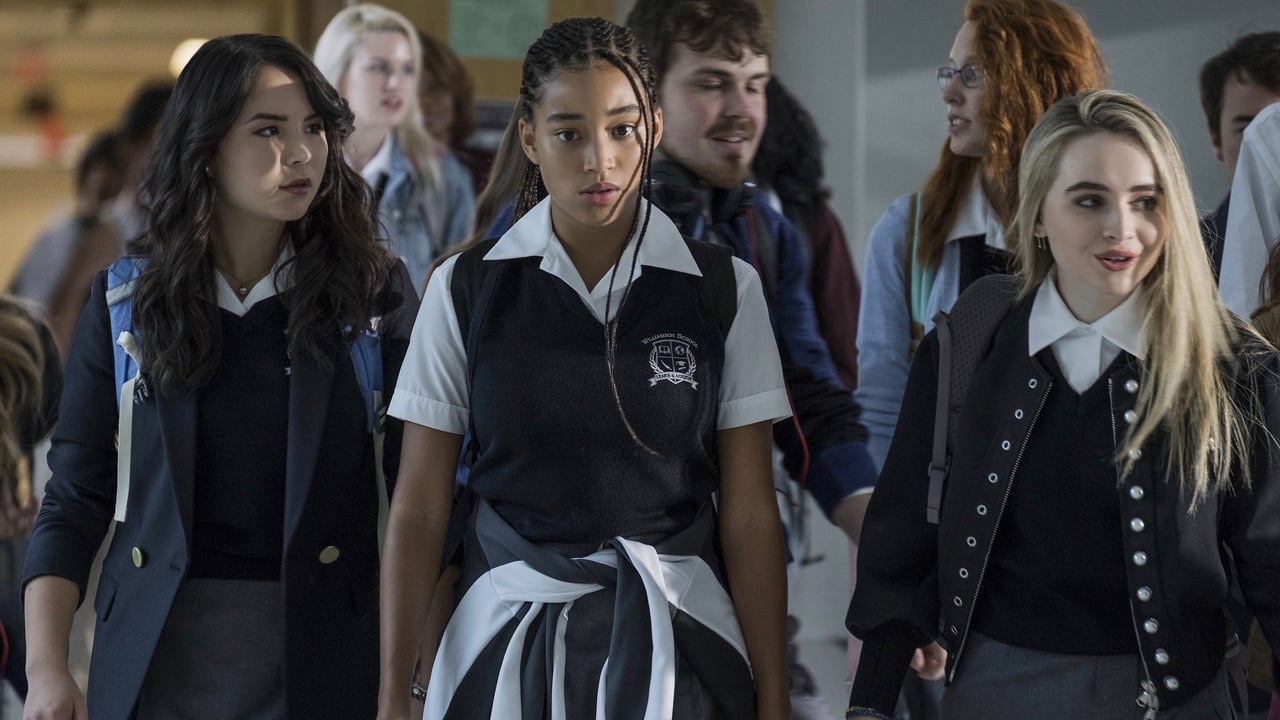 They Can't Kill Us All

LA Times winner for The Christopher Isherwood Prize for Autobiographical Prose A New York Times bestseller A New York Times Editors' Choice A Featured Title in The New York Times Book Review's "Paperback Row" A Bustle "17 Books About Race Every White Person Should Read" "Essential reading."--Junot Diaz "Electric...so well reported, so plainly told and so evidently the work of a man who has not grown a callus on his heart."--Dwight Garner, New York Times, "A Top Ten Book of 2016" "I'd recommend everyone to read this book because it's not just statistics, it's not just the information, but it's the connective tissue that shows the human story behind it." -- Trevor Noah, The Daily Show A deeply reported book that brings alive the quest for justice in the deaths of Michael Brown, Tamir Rice, and Freddie Gray, offering both unparalleled insight into the reality of police violence in America and an intimate, moving portrait of those working to end it Conducting hundreds of interviews during the course of over one year reporting on the ground, Washington Post writer Wesley Lowery traveled from Ferguson, Missouri, to Cleveland, Ohio; Charleston, South Carolina; and Baltimore, Maryland; and then back to Ferguson to uncover life inside the most heavily policed, if otherwise neglected, corners of America today. In an effort to grasp the magnitude of the repose to Michael Brown's death and understand the scale of the problem police violence represents, Lowery speaks to Brown's family and the families of other victims other victims' families as well as local activists. By posing the question, "What does the loss of any one life mean to the rest of the nation?" Lowery examines the cumulative effect of decades of racially biased policing in segregated neighborhoods with failing schools, crumbling infrastructure and too few jobs. Studded with moments of joy, and tragedy, They Can't Kill Us All offers a historically informed look at the standoff between the police and those they are sworn to protect, showing that civil unrest is just one tool of resistance in the broader struggle for justice. As Lowery brings vividly to life, the protests against police killings are also about the black community's long history on the receiving end of perceived and actual acts of injustice and discrimination. They Can't Kill Us All grapples with a persistent if also largely unexamined aspect of the otherwise transformative presidency of Barack Obama: the failure to deliver tangible security and opportunity to those Americans most in need of both.

In an unforgettable new novel from award-winning authors Jason Reynolds and Brendan Kiely, two teens—one black, one white—grapple with the repercussions of a single violent act that leaves their school, their community, and, ultimately, the country bitterly divided by racial tension. A bag of chips. That’s all sixteen-year-old Rashad is looking for at the corner bodega. What he finds instead is a fist-happy cop, Paul Galluzzo, who mistakes Rashad for a shoplifter, mistakes Rashad’s pleadings that he’s stolen nothing for belligerence, mistakes Rashad’s resistance to leave the bodega as resisting arrest, mistakes Rashad’s every flinch at every punch the cop throws as further resistance and refusal to STAY STILL as ordered. But how can you stay still when someone is pounding your face into the concrete pavement? But there were witnesses: Quinn Collins—a varsity basketball player and Rashad’s classmate who has been raised by Paul since his own father died in Afghanistan—and a video camera. Soon the beating is all over the news and Paul is getting threatened with accusations of prejudice and racial brutality. Quinn refuses to believe that the man who has basically been his savior could possibly be guilty. But then Rashad is absent. And absent again. And again. And the basketball team—half of whom are Rashad’s best friends—start to take sides. As does the school. And the town. Simmering tensions threaten to explode as Rashad and Quinn are forced to face decisions and consequences they had never considered before. Written in tandem by two award-winning authors, this tour de force shares the alternating perspectives of Rashad and Quinn as the complications from that single violent moment, the type taken from the headlines, unfold and reverberate to highlight an unwelcome truth.

Justyce McAllister is a good kid, an honor student, and always there to help a friend—but none of that matters to the police officer who just put him in handcuffs. Despite leaving his rough neighborhood behind, he can't escape the scorn of his former peers or the ridicule of his new classmates.

The Way I Used to Be

In the tradition of Speak, this extraordinary debut novel “is a poignant book that realistically looks at the lasting effects of trauma on love, relationships, and life” (School Library Journal, starred review). Eden was always good at being good. Starting high school didn’t change who she was. But the night her brother’s best friend rapes her, Eden’s world capsizes. What was once simple, is now complex. What Eden once loved—who she once loved—she now hates. What she thought she knew to be true, is now lies. Nothing makes sense anymore, and she knows she’s supposed to tell someone what happened but she can’t. So she buries it instead. And she buries the way she used to be. Told in four parts—freshman, sophomore, junior, and senior year—this provocative debut reveals the deep cuts of trauma. But it also demonstrates one young woman’s strength as she navigates the disappointment and unbearable pains of adolescence, of first love and first heartbreak, of friendships broken and rebuilt, all while learning to embrace the power of survival she never knew she had hidden within her heart.

A compelling dual-narrated tale from Jennifer Latham that questions how far we've come with race relations. Some bodies won't stay buried. Some stories need to be told. When seventeen-year-old Rowan Chase finds a skeleton on her family's property, she has no idea that investigating the brutal century-old murder will lead to a summer of painful discoveries about the present and the past. Nearly one hundred years earlier, a misguided violent encounter propels seventeen-year-old Will Tillman into a racial firestorm. In a country rife with violence against blacks and a hometown segregated by Jim Crow, Will must make hard choices on a painful journey towards self discovery and face his inner demons in order to do what's right the night Tulsa burns. Through intricately interwoven alternating perspectives, Jennifer Latham's lightning-paced page-turner brings the Tulsa race riot of 1921 to blazing life and raises important questions about the complex state of US race relations--both yesterday and today.

On the Come Up

Sixteen-year-old Bri wants to be one of the greatest rappers of all time. Or at least win her first battle. As the daughter of an underground hip hop legend who died right before he hit big, Bri’s got massive shoes to fill. But it’s hard to get your come up when you’re labeled a hoodlum at school, and your fridge at home is empty after your mom loses her job. So Bri pours her anger and frustration into her first song, which goes viral . . . for all the wrong reasons. Bri soon finds herself at the center of a controversy, portrayed by the media as more menace than MC. But with an eviction notice staring her family down, Bri doesn’t just want to make it—she has to. Even if it means becoming the very thing the public has made her out to be. Insightful, unflinching, and full of heart, On the Come Up is an ode to hip hop from one of the most influential literary voices of a generation. It is the story of fighting for your dreams, even as the odds are stacked against you; and about how, especially for young black people, freedom of speech isn’t always free.

Elle Newlyweds Celestial and Roy are the embodiment of both the American Dream and the New South. He is a young executive, and she is an artist on the brink of an exciting career. But as they settle into the routine of their life together, they are ripped apart by circumstances neither could have imagined. Roy is arrested and sentenced to twelve years for a crime Celestial knows he didn’t commit. Though fiercely independent, Celestial finds herself bereft and unmoored, taking comfort in Andre, her childhood friend, and best man at their wedding. As Roy’s time in prison passes, she is unable to hold on to the love that has been her center. After five years, Roy’s conviction is suddenly overturned, and he returns to Atlanta ready to resume their life together. This stirring love story is a profoundly insightful look into the hearts and minds of three people who are at once bound and separated by forces beyond their control. An American Marriage is a masterpiece of storytelling, an intimate look deep into the souls of people who must reckon with the past while moving forward—with hope and pain—into the future.