Book suggestions for Game of Thrones 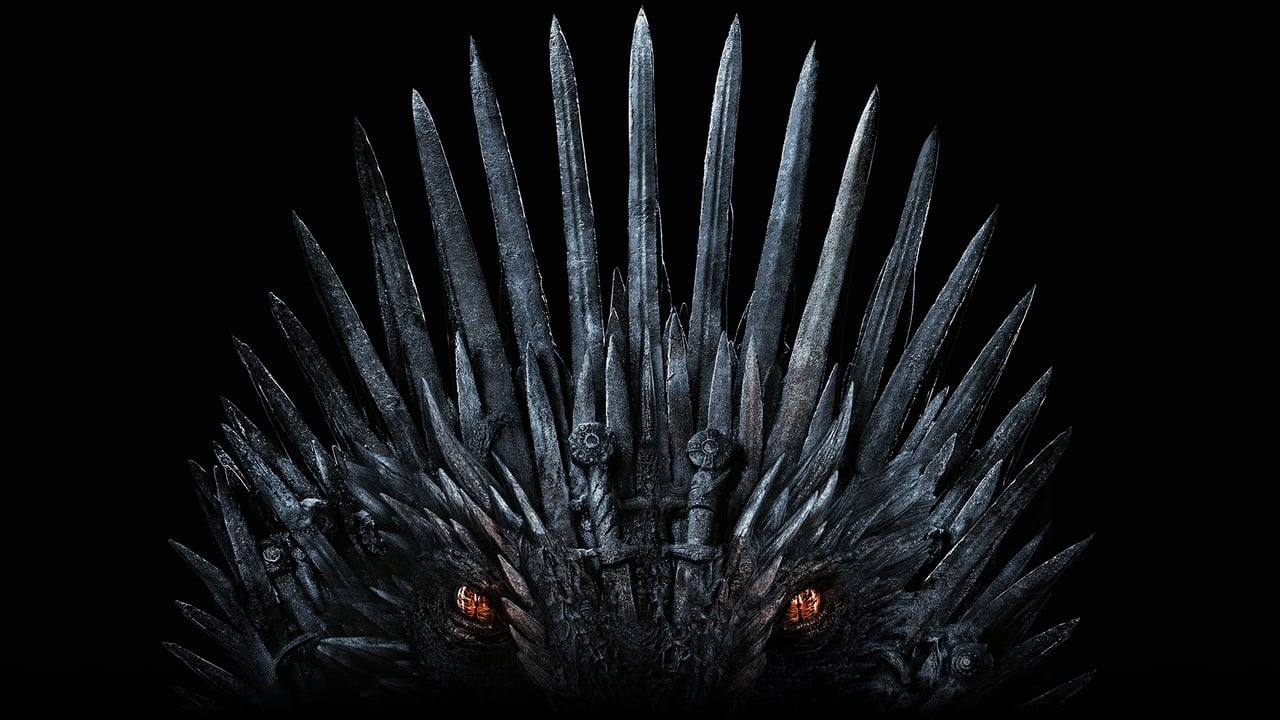 “One of my favorite fantasy series.” —George R. R. Martin “Groundbreaking.” —Patrick Rothfuss “One of the great fantasy epics of all time.” —Christopher Paolini New York Times-bestselling Tad Williams’ landmark epic fantasy saga of Osten Ard begins an exciting new cycle with THE WITCHWOOD CROWN, on sale now! With The Dragonbone Chair, Tad Williams introduced readers to the incredible fantasy world of Osten Ard. His beloved, internationally bestselling series Memory, Sorrow, and Thorn inspired a generation of modern fantasy writers, including George R.R. Martin, Patrick Rothfuss, and Christopher Paolini, and defined Tad Williams as one of the most important fantasy writers of our time. This edition features a brand-new introduction from Tad Williams' editor as well as the original introduction from Williams himself! BOOK ONE: THE DRAGONBONE CHAIR A war fueled by the powers of dark sorcery is about to engulf the peaceful land of Osten Ard—for Prester John, the High King, lies dying. And with his death, the Storm King, the undead ruler of the elf-like Sithi, seizes the chance to regain his lost realm through a pact with the newly ascended king. Knowing the consequences of this bargain, the king’s younger brother joins with a small, scattered group of scholars, the League of the Scroll, to confront the true danger threatening Osten Ard. Simon, a kitchen boy from the royal castle unknowingly apprenticed to a member of this League, will be sent on a quest that offers the only hope of salvation, a deadly riddle concerning long-lost swords of power. Compelled by fate and perilous magics, he must leave the only home he’s ever known and face enemies more terrifying than Osten Ard has ever seen, even as the land itself begins to die. After the landmark Memory, Sorrow, and Thorn trilogy, the epic saga of Osten Ard continues with the brand-new novel, The Heart of What Was Lost. Then don’t miss the upcoming trilogy, The Last King of Osten Ard, beginning with The Witchwood Crown! Praise for Osten Ard: “Inspired me to write my own seven-book trilogy.... It’s one of my favorite fantasy series.” —George R. R. Martin, New York Times-bestselling author of A Game of Thrones “Groundbreaking...changed how people thought of the genre, and paved the way for so much modern fantasy. Including mine.” —Patrick Rothfuss, New York Times-bestselling author of The Name of the Wind "Tad Williams is a master storyteller, and the Osten Ard books are his masterpiece." —Brandon Sanderson, New York Times-bestselling author of Mistborn “Memory, Sorrow, and Thorn is one of the great fantasy epics of all time.” —Christopher Paolini, New York Times-bestselling author of Eragon

The Eye of the World

The Wheel of Time turns and Ages come and go, leaving memories that become legend. Legend fades to myth, and even myth is long forgotten when the Age that gave it birth returns again. In the Third Age, an Age of Prophecy, the World and Time themselves hang in the balance. What was, what will be, and what is, may yet fall under the Shadow.

The Way of Kings

Roshar is a world of stone and storms. Uncanny tempests of incredible power sweep across the rocky terrain so frequently that they have shaped ecology and civilization alike. Animals hide in shells, trees pull in branches, and grass retracts into the soilless ground. Cities are built only where the topography offers shelter. It has been centuries since the fall of the ten consecrated orders known as the Knights Radiant, but their Shardblades and Shardplate remain: mystical swords and suits of armor that transform ordinary men into near-invincible warriors. Men trade kingdoms for Shardblades. Wars were fought for them, and won by them. One such war rages on a ruined landscape called the Shattered Plains. There, Kaladin, who traded his medical apprenticeship for a spear to protect his little brother, has been reduced to slavery. In a war that makes no sense, where ten armies fight separately against a single foe, he struggles to save his men and to fathom the leaders who consider them expendable. Brightlord Dalinar Kholin commands one of those other armies. Like his brother, the late king, he is fascinated by an ancient text called The Way of Kings. Troubled by over-powering visions of ancient times and the Knights Radiant, he has begun to doubt his own sanity. Across the ocean, an untried young woman named Shallan seeks to train under an eminent scholar and notorious heretic, Dalinar's niece, Jasnah. Though she genuinely loves learning, Shallan's motives are less than pure. As she plans a daring theft, her research for Jasnah hints at secrets of the Knights Radiant and the true cause of the war. The result of over ten years of planning, writing, and world-building, The Way of Kings is but the opening movement of the Stormlight Archive, a bold masterpiece in the making. Speak again the ancient oaths: Life before death. Strength before weakness. Journey before Destination. and return to men the Shards they once bore. The Knights Radiant must stand again. Other Tor books by Brandon Sanderson The Cosmere The Stormlight Archive The Way of Kings Words of Radiance Edgedancer (Novella) Oathbringer The Mistborn trilogy Mistborn: The Final Empire The Well of Ascension The Hero of Ages Mistborn: The Wax and Wayne series Alloy of Law Shadows of Self Bands of Mourning Collection Arcanum Unbounded Other Cosmere novels Elantris Warbreaker The Alcatraz vs. the Evil Librarians series Alcatraz vs. the Evil Librarians The Scrivener's Bones The Knights of Crystallia The Shattered Lens The Dark Talent The Rithmatist series The Rithmatist Other books by Brandon Sanderson The Reckoners Steelheart Firefight Calamity At the Publisher's request, this title is being sold without Digital Rights Management Software (DRM) applied.

Malazan Book of the Fallen: Books 1-4

This discounted ebundle includes: Gardens of the Moon, Deadhouse Gates, Memories of Ice, House of Chains “I stand slack-jawed in awe of The Malazan Book of the Fallen.” —Glen Cook In this epic fantasy series, Steven Erikson draws on his twenty years of experience as an anthropologist and archaeologist, as well as his expert storytelling skills. Vast legions of gods, mages, humans, dragons and all manner of creatures play out the fate of the Malazan Empire, with action and battle scenes among the most brutal and exciting in fantasy. Malazan Book of the Fallen Gardens of the Moon Deadhouse Gates Memories of Ice House of Chains Midnight Tides The Bonehunters Reaper’s Gale Toll the Hounds Dust of Dreams The Crippled God The Kharkanas Trilogy Forge of Darkness Fall of Light Walk in Shadow* Other books in the world of Malaz by Ian C. Esslemont The Malazan Empire Night of Knives Return of the Crimson Guard Stonewielder Orb Sceptre Throne Blood and Bone Assail Path to Ascendancy Dancer’s Lament Deadhouse Landing At the Publisher's request, this title is being sold without Digital Rights Management Software (DRM) applied.

Humanity has colonised the solar system - Mars, the Moon, the Asteroid Belt and beyond - but the stars are still out of our reach. Jim Holden is an officer on an ice miner making runs from the rings of Saturn to the mining stations of the Belt. When he and his crew discover a derelict ship called the Scopuli, they suddenly find themselves in possession of a deadly secret. A secret that someone is willing to kill for, and on an unimaginable scale. War is coming to the system, unless Jim can find out who abandoned the ship and why. Detective Miller is looking for a girl. One girl in a system of billions, but her parents have money - and money talks. When the trail leads him to the Scopuli and Holden, they both realise this girl may hold the key to everything. Holden and Miller must thread the needle between the Earth government, the Outer Planet revolutionaries and secret corporations, and the odds are against them. But out in the Belt, the rules are different, and one small ship can change the fate of the universe. The Expanse series has sold over two million copies worldwide and is now a major television series. The Expanse series: Leviathan Wakes Caliban's War Abaddon's Gate Cibola Burn Nemesis Games Babylon's Ashes Persepolis Rising Praise for the Expanse: 'As close as you'll get to a Hollywood blockbuster in book form' io9.com 'Great characters, excellent dialogue, memorable fights' wired.com 'High adventure equalling the best space opera has to offer, cutting-edge technology and a group of unforgettable characters . . . Perhaps one of the best tales the genre has yet to produce' Library Journal 'This is the future the way it's supposed to be' Wall Street Journal 'Tense and thrilling' SciFiNow

The first installment of Bernard Cornwell’s bestselling series chronicling the epic saga of the making of England, “like Game of Thrones, but real” (The Observer, London)—the basis for The Last Kingdom, the hit television series coming to Netflix in Fall 2016. This is the exciting—yet little known—story of the making of England in the 9th and 10th centuries, the years in which King Alfred the Great, his son and grandson defeated the Danish Vikings who had invaded and occupied three of England’s four kingdoms. The story is seen through the eyes of Uhtred, a dispossessed nobleman, who is captured as a child by the Danes and then raised by them so that, by the time the Northmen begin their assault on Wessex (Alfred’s kingdom and the last territory in English hands) Uhtred almost thinks of himself as a Dane. He certainly has no love for Alfred, whom he considers a pious weakling and no match for Viking savagery, yet when Alfred unexpectedly defeats the Danes and the Danes themselves turn on Uhtred, he is finally forced to choose sides. By now he is a young man, in love, trained to fight and ready to take his place in the dreaded shield wall. Above all, though, he wishes to recover his father’s land, the enchanting fort of Bebbanburg by the wild northern sea. This thrilling adventure—based on existing records of Bernard Cornwell’s ancestors—depicts a time when law and order were ripped violently apart by a pagan assault on Christian England, an assault that came very close to destroying England.

THEY KILLED THE KING. THEY PINNED IT ON TWO MEN. THEY MADE A BAD DECISION . . . Royce Melborn is a superb thief; his partner, Hadrian Blackwater is a skilled mercenary. Together they make a profitable living as agents-for-hire to wealthy nobles until someone sets them up to take the blame for the murder of the king. Captured and sentenced to death the two are saved by an unlikely woman with a simple demand that will change the lives of the thieves, the course of a kingdom and the foundation of an empire.