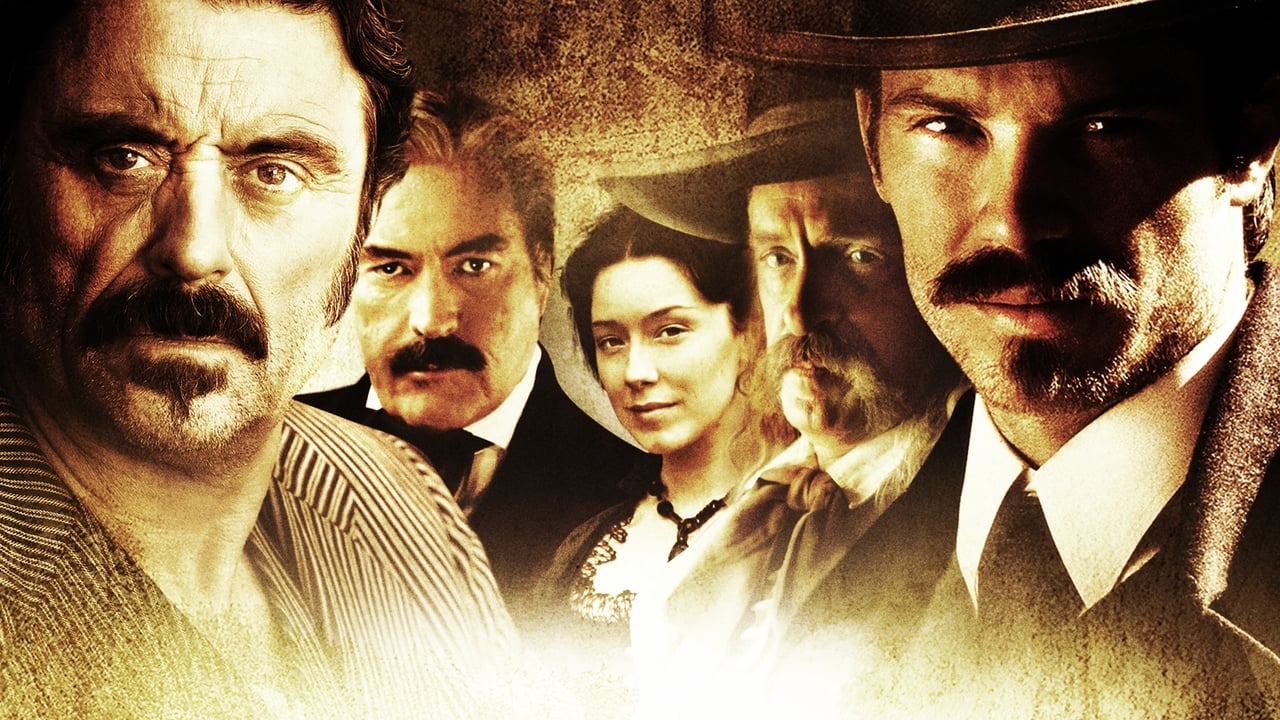 Blood Meridian is an epic novel of the violence and depravity that attended America's westward expansion, brilliantly subverting the conventions of the Western novel and the mythology of the Wild West. Based on historical events that took place on the Texas-Mexico border in the 1850s, it traces the fortunes of the Kid, a 14-year-old Tennesseean who stumbles into a nightmarish world where Indians are being murdered and the market for their scalps is thriving.

“Who in the world would think that Calamity Jane would get to be such a famous person?” one of the pallbearers at her funeral asked an interviewer many years later. It seemed like a reasonable question. Who else has accomplished so little by conventional standards and yet achieved such enduring fame? But conventional standards do not apply. Calamity was poor, uneducated, and an alcoholic. For decades, she wandered through the small towns and empty spaces of the Dakotas, Wyoming, and Montana. But she also had a natural talent for self-invention. She created a story about herself and promoted it tirelessly for much of her life. The story emphasized her love of adventure and the heroic role she played in key events in the early history of the American west. She became that story to people around the country who read about her. And she became that story to herself. The details about her exploits were rarely accurate, but a larger truth lay beneath them. In an era when there were few options for women, Calamity had the audacity to be herself. She lived as she pleased, which is to say that she allowed herself the same freedoms her male contemporaries assumed as their birthright. She spoke her mind. She flouted the rules. She dressed as a man when it was illegal for women to wear pants; hung out in saloons although that was unheard of for any woman who was not a prostitute; did men’s work; cursed, hollered, and smoked cigars. Although Calamity’s name is imprinted in history, most people know little about her. This highly readable biography brings Calamity to life against the backdrop of the American west and of women’s determination to break free from their historical constraints.

Legendary gunman Wild Bill Hickcock and his friend Charlie Utter have come to the Black Hills town of Deadwood fresh from Cheyenne, fleeing an ungrateful populace. Bill, aging and sick but still able to best any man in a fair gunfight, just wants to be left alone to drink and play cards. But in this town of played-out miners, bounty hunters, upstairs girls, Chinese immigrants, and various other entrepeneurs and miscreants, he finds himself pursued by a vicious sheriff, a perverse whore man bent on revenge, and a besotted Calamity Jane. Fueled by liquor, sex, and violence, this is the real wild west, unlike anything portrayed in the dime novels that first told its story.

When Kate Thompson's father is killed by the notorious Rose Riders for a mysterious journal that reveals the secret location of a gold mine, the eighteen-year-old disguises herself as a boy and takes to the gritty plains looking for answers and justice. What she finds are devious strangers, dust storms, and a pair of brothers who refuse to quit riding in her shadow. But as Kate gets closer to the secrets about her family, she gets closer to the truth about herself and must decide if there's room for love in a heart so full of hate. In the spirit of True Grit, the cutthroat days of the Wild West come to life for a new generation.

Charles Portis has long been acclaimed as one of America's foremost comic writers. True Grit is his most famous novel--first published in 1968, and the basis for the movie of the same name starring John Wayne. It tells the story of Mattie Ross, who is just fourteen years of age when a coward going by the name of Tom Chaney shoots her father down in Fort Smith, Arkansas, and robs him of his life, his horse, and $150 in cash money. Mattie leaves home to avenge her father's blood. With the one-eyed Rooster Cogburn, the meanest available U.S. Marshal, by her side, Mattie pursues the homicide into Indian Territory. True Grit is eccentric, cool, straight, and unflinching, like Mattie herself. From a writer of true cult status, this is an American classic through and through. This new edition, with a smart new package and an afterword by acclaimed author Donna Tartt, will bring this masterpiece to an even broader audience.

A saga of land, blood and power, follows the rise of one unforgettable Texas family from the Comanche raids of the 1800s to the oil booms of the 20th century. Eli McCullough is just twelve years old when a marauding band of Comanche storm his Texas homestead, brutally murder his mother and sister and take him captive. Despite their torture and cruelty, Eli - against all odds - adapts to life with the Comanche, learning their ways and language, taking on a new name, finding a place as the adopted son of the band's chief and fighting their wars against not only other Indians but white men too, which complicates his sense of loyalty, his promised vengeance and his very understanding of self. But when disease, starvation and westward expansion finally decimate the Comanche, Eli is left alone in a world in which he belongs nowhere, neither white nor Indian, civilized nor fully wild. Deftly interweaving Eli’s story with those of his son Peter and his great-granddaughter JA, The Son maps the legacy of Eli’s ruthlessness, his drive to power and his lifelong status as an outsider, even as the McCullough family rises to become one of the richest in Texas, a ranching and oil dynasty that is as resilient and dangerous as the land they claim. Yet, like all empires, the McCulloughs must eventually face the consequences of their choices. Panoramic, deeply evocative and utterly transporting.

The Whip is inspired by the true story of a woman, Charlotte "Charley" Parkhurst (1812-1879) who lived most of her extraordinary life as a man in the old west. As a young woman in Rhode Island, she fell in love with a runaway slave and had his child. The destruction of her family drove her west to California, dressed as a man, to track the killer. Charley became a renowned stagecoach driver for Wells Fargo. She killed a famous outlaw, had a secret love affair, and lived with a housekeeper who, unaware of her true sex, fell in love with her. Charley was the first known woman to vote in America in 1868 (as a man). Her grave lies in Watsonville, California.

Hermann Kermit Warm is going to die. The enigmatic and powerful man known only as the Commodore has ordered it, and his henchmen, Eli and Charlie Sisters, will make sure of it. Though Eli doesn’t share his brother’s appetite for whiskey and killing, he’s never known anything else. But their prey isn’t an easy mark, and on the road from Oregon City to Warm’s gold-mining claim outside Sacramento, Eli begins to question what he does for a living-and whom he does it for.